Bitcoin is Crashing – What to do next

I don't usually fall into conspiracy theories, but when Bitcoin is Crashing, I have to wonder if there isn't a greater plan at work by someone. So while while the whole cryptocurrency market including Bitcoin is crashing, you will wonder want to do next. I am going to explain it now. 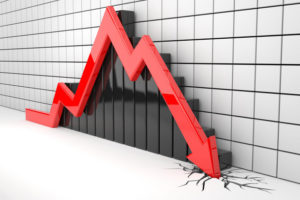 So a short time ago, Doge was surging and we found out that Elon Musk owned 20% of all Doge. This guy made likely billions off of Doge, and he realized with a few simple words and actions, he could control the market. The thing about Crypto currency, is that the whole market, is controlled by Bitcoin. If Bitcoin is Crashing, then the whole market is crashing.

But while Bitcoin was crashing, for a while, Doge was actually bouncing a bit below and a bit above 50 cents each. This was turning into a stable coin for a bit. However today, it lost 30% of its value. Believe it or not this, as they say, is good for Bitcoin. I will explain in a moment.

How did Bitcoin Crash?

Bitcoin was on the road to acceptance, everybody was starting to accept it. Then the unthinkable happened, Elon Musk announced that Tesla would no longer accept Bitcoin to pay for its cars. This at first caused a small market drop, while Ethereum was still holding strong. I wasn't worried that my investment in Bitcoin was going down, as my investment in Ethereum is actually 6x stronger than Bitcoin.

I believe that Elon Musk, is attempting to corner the market on Crypto. I believe he knew the announcement would crash the whole Crypto Market. I suspect that he sold his coins, and when he decides to buy again, the market will have dropped significantly allowing him to make an even greater fortune.

The Crypto market is dropping

Flash forward to yesterday, and the market was still holding, even as Bitcoin dropped. Instead of Bitcoin being at $50k (USD), it was at $46k. Then this morning, I woke to check my investments, and I was losing money. I wouldn't say hemorrhaging, but my total investment instead of being 20% up, was instead 20% down. That's a significant drop.

What to do next

The move right now, is to put ALL your investments into a stable coin, rather than converting to your home currency, such as USD. Instead, put it into TUSD (True USD), which stays stable with USD. The reason for this move, is to keep your money in the market, to avoid Capital Gains taxes. This is when you invest less than you made. By leaving it in the market, its also easier to convert back to crypto, when the market returns.

Yes, Bitcoin is Crashing but its not time to panic. Let me give you a short history. Bitcoin and the crypto market surges, and then it slows and goes down. This is a normal function of the market. The last time this happened, Bitcoin hit an all time high of $20k, and then a few days later it was down to $13k and going further down. It got to around $3500 before it surged again. The thing is, the market actually started at $1700 a few years earlier that started that surge. If we look further back, it was at $800 when it started to rise, then falling to $1700.

Buy Bitcoin and other Crypto Currencies

It's a pattern! Bitcoin went to $800 naturally, then surged to around $10k, then dropped to $1700. It surged to $20k, dropped to $3500, surged to $56k... and I expect it to drop all the way down to $7k. There is a chance, that its not enough to establish a pattern. But it's indicative of a pattern, enough that my advice is to keep collecting off your faucets, and I will be leaving all my crypto in the market. At the same time, I suggest that you Buy Bitcoin.

If you want to see the market recover, Buy Bitcoin. If you think that Musk is playing us, like he did with Doge, buy Crypto. But either way, don't be afraid to buy crypto including Bitcoin. The overall message here, is to take advantage of the drop, and buy low. 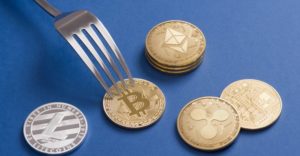 Again, yes, Bitcoin is Crashing. But now, more than ever is the time to buy Bitcoin and other crypto currencies. I suggest setting a plan, depending on your budget. If you only have a few dollars to spare each month, try to put $25 into the market every month. If you can afford to put $1000 a month, then break it into $230 weekly. Just keep investing. When the market recovers, you will be glad that you invested when it was low.

Divest your investments. That means buy several coins, not just a few. I would suggest putting significant investments into the following coins:

If you appreciated this guide to what's happening now, when Bitcoin is Crashing, please Like this page and share it.