Did you get to Buy Shiba Inu? If you signed up for Robinhood, then I guess we know the answer. Full of promises, they gave a resounding, NO! Don't worry, there are alternatives...

Where to Buy Shiba Inu 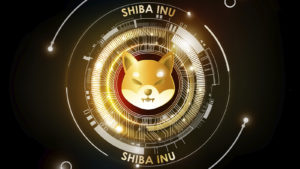 I am currently on 4 total exchanges. I have also been holding onto and trying to get friends to buy it, for over 6 months. I own a bit over 1.5 million shares. Currently, that's worth about $150. Not a crazy amount, but I bought it for about $20 several months ago, as a junk token to hold on to.

The first exchange I was ever on, and am still on to this day, is freebitco.in. It started as just a faucet, a place I could collect a few satoshi's of Bitcoin every hour. Now, it allows you to hold on to Bitcoin and Fun Tokens. I have a little bit of both of them on the site. This is NOT an app friendly exchange, you won't be able to download an app on any marketplace for it, nor buy with cash any tokens. But I use it almost every day, to collect a bit of money, for free. It does however let you earn interest, if you hold Bitcoin or Fun Tokens on it. You cannot Buy Shiba Inu on it.

Second, I also got myself over onto BTCPop.co. This exchange is also not app friendly, and you can't convert cash to tokens or coins. However its been active for a long time, and was the first exchange where I got into trading. I have 35 different coins. I hold hundreds of thousands of coins and tokens here. I started with a Freebitco.in account, transferring out sums to trade whenever Bitcoin would split. If I were ever to wash coins, I would likely use this exchange, since they don't require ID. They are good for coin and token splits, you will get both coins - the original and the new one. For example, when Bitcoin split into Bitcoin Gold and Bitcoin Cash, I then had all 3 coins. They allow allow loans and lending, IPO's (I have company shares), and have their own faucets. I HIGHLY recommend getting in on this exchange.

Third, I have Abra. My humble beginnings were from when I got on LBRY. They gave their own tokens out. I leveraged $20 in coins to Ethereum which I hold in a Savings account. That $20 is worth $70 right now. This exchange does allow you to convert cash to and from coins and tokens, but you CANNOT Buy Shiba Inu on Abra. I do not like Abra overall, but I cannot transfer my coins out, because they don't meet the minimum value to export. That's also the reason I dislike it. But I am earning compound interest on my money, so eventually it will get there.

Believe it or not, Crypto.com is my preferred exchange for tokens and coins. I am able to hold coins that you are just getting into. Yes, you can Buy Shib Inu here. Yes, you can fund with a bank account or credit card. You can also request a Debit card. And the punchline? When I told my friends for the last 6 months, but more importantly even a few days ago to Buy Shiba Inu... none of them could because none of them followed through and made an account, when I referred them. But you can. Click this link, and signup today.

Early this year, as I had $4500 sitting in my savings account, I waited a month then checked my balance. There, 1 month later, sat $4500.37. Thirty-seven cents. That's what I earned by leaving my money offline and in a savings account. Over the next few days, I moved that money onto this exchange. Bitcoin was down, Ethereum was down, and really I wasn't sure where the market was going. So I purchased USDC (USD Coin, a stablecoin). The rate does fluctuate, but holds fairly steady. I put most into the coin, and then into a savings account, earning 6% APR.

At first, I tried to get in on Coinbase, but I couldn't verify my banking institution, as its a credit union. Because of that one thing, I did not become a user of that exchange. However there is a feature, which lets you learn how to use the site, and how to invest in crypto currency, called Learn to Earn. They will give you various lessons, and then give you money to invest. I have friends who have earned $50. Its not a bad way to get into trading. It should also be noted, you CAN Buy Shiba Inu here.

There are several exchanges where you can buy and sell various coins and tokens including to buy Shiba Inu. The best will always be, where you hold private keys. This is to say, that you have your own wallet, on either your computer or your phone. Remember to write down your pass phrase, back it up, maybe even etch it into metal (yes that's a thing).

A faucet, allows you to collect a small amount of crypto tokens or coins. I had collected several Doge coins from BTCPop and cashed them out when it jumped in price. Signup, get to the dashboard, and then you too can jump into their faucets. FreeBitco.in is another of my favorites. I have been using it for years and have several hundred dollars in Bitcoin.

There are other free faucets, but these have been around for several years. But just like exchanges, if your balance becomes too high, they could fold with your coins, rather than paying you out. The ones I have listed above, are safe and the only ones I recommend.

There are hundreds of coins and tokens to collect and save, all over the world. If you plan to Buy Shiba Inu, you will need to find an exchange that supports it. Robinhood had over 1 million people sign up in a month, just on the rumor that they were going to allow people to trade in Shiba Inu. That means that there is still a market for people to buy it, if they can figure out where to go.

I have been holding 1.5 million shares, and was able to do so with Crypto.com. If it gets to just 1 cent, I will be holding $150k. Its currently rated in the top 8 coins. Part of the reason for this, is those who own Bitcoin, pulled out, the price dropped, and they put money into Shiba Inu. But there is so much demand, that the price is going higher and higher. Just like Doge however, its likely to drop... eventually. But its still going up about 3-5% daily growth. If you're smart, you'll buy Shiba Inu hold it for a week, and make a 25% ROI (return on investment), then sell everything but your 25% profit. If not, you'll stick with Robinhood and be one of the poor saps that keeps waiting for them to do something.