This killer PVP team for Gems of War, commands respect and is one of the best overall teams I have come up with. It's over-powered damage dealing will cripple the enemy with its built in abilities. At level 300, it had me decimating the enemy in PVE at all levels. With this team I began to finish all the levels in Pet Rescue, Explore, Dungeons, and more. Its a team I haven't gone up against, so I think its unique to me and my building skills. It's not too difficult to obtain, except for the weapon, but that can be swapped out if you don't have it, to something else. At level 450, I used it to mete out damage and defeat level 1000's in PVP and Guild Wars. At level 500, I managed to get to tier 1 in PVP. I consider it Over-Powered because if you do it right, the enemy will never get the chance to strike you. However its a long play, and you might get bored with it. But that's the cost of this team, you will take seemingly turn after turn, after turn, while the enemy is still waiting to gether enough mana to do their first sorte.

So to start my Killer PVP Team, you will need access to the underworld to obtain 2 of the troops. One troop was found via chests, but the weapon I use, was obtained as an event item. Again, if you don't have it, you can swap it out for something that fits your needs. For class, we want one of the following Monk, Plaguelord, Sentinel, or Titan. What we are specifically looking for, is the talent Rock Solid, which gains you barrier on matching of brown gems. We will be making a lot of green and brown gems with this build, so when you have your Hero/Weapon in the first slot, most of the time it will be protected from incoming skull attacks, automatically. Of the 4 classes listed, I recommend either Plaguelord or Monk, but use what you have.

I am all for getting Life and Death. It's my first choice in weapons, as it does true damage, siphons life from enemies, and then places a death mark on them. However, there are other viable options. In fact, any weapon which does damage that uses brown mana, but NOT green nor yellow mana will work. I would stay away from any that require gold to boost, so no Skeleton Key, but Writhing Staff or Black Manacles would be viable alternatives, as would a number of others. Life and Death is really good at taking out that last enemy, that might be generating troops or casting other negative effects.

If you're wondering why I suggest you don't get a yellow or green weapon, it has to do with our mana generator listed below. 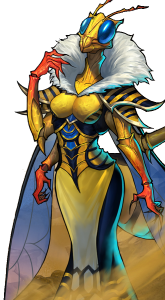 This is where it gets interesting. My Killer PVP Team troops might surprise you. I use a mana generator, 2 AoE troops, and one of them will also cure all negative effects.

My Killer PVP Team troops are as follows

If you don't have Tuliao, use any card which casts enchant on a troop, and cast it on King Gobtruffle. Alternatively, you can also use Forest Troll, which will generate green gems. I actually prefer Tuliao since this card only needs 1 green gem on the board to start generating mana for the troops. Once you hit at least 13 gems on the board however, casting with Forest Troll is almost a guaranteed extra turn, with massive mana generated. I almost always generate green mana. This will generate for all the troops and give a boost to mana on each of the troops, which in turn means they can cast much sooner than the enemy. Its imperative, to start out your sorte by gathering green and yellow mana, so you can cast with Tuliao to generate green mana. This is also the reason we don't want a green or yellow weapon, as it would interfere with mana generation for this troop, making it slower to cast, giving the enemy time to cast as well. Other optional alternatives to Tuliao are Elven Bard and Florian. Don't use Florian if you have Life and Death however.

You will mostly use King Gobtruffle to deal damage to enemies. When you cast it, it will generate green and brown mana gems on the board. Clear all the 4 or 5 matches, and cast repeatedly till no more casting is available. You will gain an extra turn after each casting. Each time you cast, Queen Beetrix will up the amount of damage it can deal to enemies. So more casts are better. It is for this reason, that Mang is not a good weapon.

Queen Beatrix in turn, will allow you to ninja the last couple troops, as it does true damage. It can also Cleanse all allies, when matching 4 or more gems. It is not always guaranteed to get a second cast, or get 4+ gem matches, so use this troop only when you can't cast with other troops, or you want to take out the enemy. 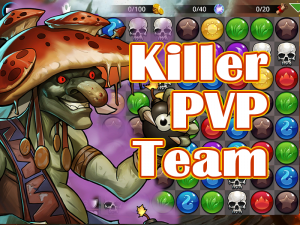 Once you get the hang of this team, you will notice the enemy is taken out within a few turns. It won't seem like a few turns to you, since you will keep casting over and over. However the enemy might never get a chance to match gems after about 4-6 turns, nor to cast anything on you. This build is time consuming, but the end result is spectacular.