Unsurprisingly, Mojang is once again evolving Minecraft into a game with more features, via this Caves and Cliffs Update. It brings bigger caves, taller shear cliffs, goats, amethysts, copper ore, and more.

The new update will include we presume bigger caves, cliffs, billy goats (which will attempt to knock you off the edge, and 91 new blocks including Amethyst, Copper, and several other new blocks.

You can experience Cliffs and Caves Update with Billy Goats with this mod, if you want to get a preview of what the official release will look like. It won't be exact, but its a pretty good representation.

While you wait, why not try... 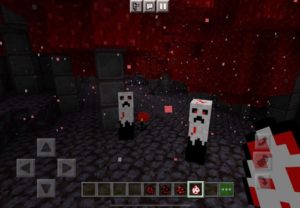 If you want some extra fun while waiting for the - and a super hard mode, we also recommend you check out the Cursed Biome mod. It adds a new biome, and along with it, much harder mobs including my favorite, the Cursed Creeper. They will sneak up on you, and hit you. When you turn to look what's hitting you, it'll explode and give you the nausea effect.

Another fun one to try out is the Super Loot addon. Not only is it harder than hard mode (stronger mobs), but it also changes the behavior of the game. If you thought a creeper explosion was bad however, wait till you see one of these babies explode your whole home away in one blast. We recommend to new players, you stick with version 2 with the uber drops, and version 3 for advanced players.