This TWD Survivors Overview is going to have to be a multi-pronged and ongoing series. When I first started playing the game a few months back, I thought this was going to be a game I could master in a couple of weeks, and write an uncomplicated guide on it. I thought it was a game like Evony and could be mastered pretty quickly. I was wrong. 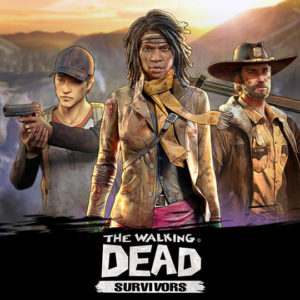 The secret to Evony rested within your troop strengths and numbers. If you had 1 of each troop, you could master your enemies quickly. TWD Survivors isn't so shallow. The most obvious clue to the complexity of TWD Survivors is the higher your troops, the better you will perform against your enemies. Some personalities will choose to purchase their way to be rulers in the game, and others will prefer to do it without spending any money.

The biggest enigma to TWD Surviors is that you don't actually need to spend money in the game, to become a threat to those who do pay. In fact, to win in The Walking Dead Survivors, you don't need to spend any money whatsoever. You do however have to spend lots of time AND know some of the maneuverings that I am going to share with you.

I find ads annoying and opted to skip those for about $10. It doesn't provide me with an advantage over those who don't pay. You can bypass any of the advantages I gained by doing a little more farming in TWD Survivors.

Tip: Get into a large guild early on, and be willing to leave friends behind if your guild gets wiped out. Larger guilds will prevent you from being attacked daily for your resources.

So the first thing we need to focus on is troops. To advance quickly in TWD Survivors, troops will become your priority from now on. By this, I mean that I want you to focus on building more, better troops. You should always level your town hall and by extension your Fire Station to level your melee, Stable to level mounted troops, and Police Station to level your ranged fighters. You will also need to level up your Squares which will allow you a higher fighter capacity per formation.

Once you have this mindset down, you will also need to think about your heroes for your formations. While it is nice to have legendary heroes, the strongest fighter you will start with will likely be Rick. He's an Epic hero, but at the same time, he's the one you will be able to level the easiest. First, you won't need to take experience from your legendary heroes to level him up, and second, you will be able to level him higher faster, because of a side quest called Rescue Rick. 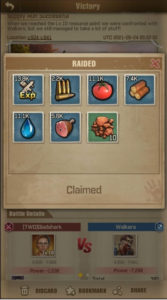 Now that we have a basic understanding of troops and their heroes, we need to focus on your will to conquer. To be a predator, you will need to attack stray zombies, but also other survivors. You will need to scout, then attack your rivals. I recommend focusing on players at least 2 levels below you, and then bookmark those you do attack with plenty of resources. You will find the bookmark feature at the bottom of the screen when looking at the map. It's remarkably easy to get into a pattern on who you strike and when, but I like to switch it up. If one of my rivals were to know precisely when I attack, they could send the resources away or schedule building times to be 30 minutes before my seizure. Varying your scheduled muggings will make them less likely to be prepared.

That doesn't mean that you should avoid hitting zombies on the map. Quite the opposite in fact. You should hit zombies daily, being sure to also hit the armory they leave behind. This, you can do with your weakest formation. Hit all the zombies in a grouping as these are going to be equivalent to another player. You will need to hit targets that are 1 below what you can hit. So if you can barely hit a 15, then you should hit level 13 or 14 packs. This ensures you will gain the most resources for your formation's abilities.

Certain bonuses can be had in TWD Survivors, some can be had by following the developers on Discord and others on Facebook. Some will come in the form of finding codes each day, solving puzzles, and placing the answer in chat. Some of the codes will give you resources, others will be speedups. Quite a few of them are worthless, but a few are diamonds in the rough which may include rubies. You can check here, for the latest codes.

For the intricacies of TWD Survivors, there is too much for this overview. More tactics will require more extensive guides, for a later time. We will cover being in a clan, running a clan, advanced attack tactics, also various strategies for guild events.